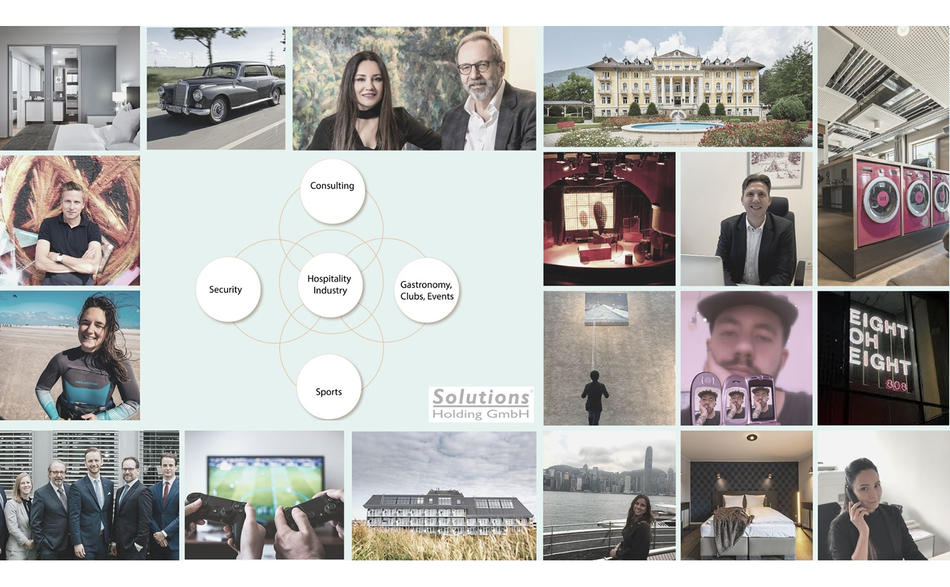 Prof. Dr. h.c. Stephan Gerhard founded the TREUGAST Solutions Group more than 36 years ago and is still its partner.

He has been the managing partner of Solutions Holding for 20 years now. The Solutions Holding manages investments in and participations in innovative hotel projects and groups such as 25hours, MaSeven or Grätzl, but also in "classics" such as Arcona or Fidelity. With more than 30 years of consulting experience in the hotel and tourism industry and as a certified rating advisor, StephanGerhard is a recognized industry expert, especially in German-speaking countries.

He started his career in 1974 with an apprenticeship as a hotel clerk and, after several years of training and traveling in the hotel industry, studied business administration until 1982. During this time he became aware of the need for specialized and independent consulting services for the industry. In 1985 he first founded the TREUGAST Unternehmensberatungsgesellschaft mbH, which in 2006 became a major business in the TREUGAST Solutions Group.

Based on his expertise, Stephan Gerhard was appointed full professor for "Hospitality Development" at the University of Applied Sciences for Medium-Sized Enterprises, Campus Berlin and Schwerin. In addition, he has been an active member in various industry-relevant institutions for a long time, including:

- Member of the FBMA Board of Trustees (Food & Beverage Management Association e.V.)
- Lecturer for the master's degree in “International Real Estate Management” at the Bauakademie Biberach
- Visiting professor at Batumi State University, where he was also awarded an honorary doctorate in 2019
- Advisory board of the IUBH (Internationale Hochschule Bad Honnef)
- Board of Trustees of the FBMA Foundation
- Advisory Board Servitex
- And co-author of numerous management manuals and industry-relevant publications.

In honor of the “outstanding performance for the hotel industry”, Stephan Gerhard, as managing director of the TREUGAST Solutions Group, received the “Special Award Hotelier of the Year 2011” from the German specialist publisher and the AHGZ. In addition, the TREUGAST Solutions Group was the first consulting company worldwide to receive the Star Diamond Award from the American Academy of Hospitality Sciences.

WORLD OF HOSPITALITY by HospitalityInside